"Shelley's got that original blues singer's sound...her voice hearkens back to Bessie Smith and Ma Rainey and Ethel Waters."

Buy "The Currency Is Heat" 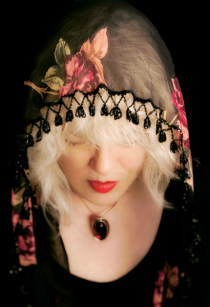 Shelley Neill was born in the culturally rich rough and tumble Ironbound neighborhood of Newark, New Jersey in the 1950’s, and abandoned by her Irish Catholic mother and Hungarian father at birth. She was adopted, as an infant, into a Jewish family that had grown up and lived in Newark. She considers herself “a child of Newark.”

Music was always a huge part of her life. She began and ended each day listening to WNJR Radio out of Newark, and grew to love the sounds of Dionne Warwick, Martha and the Vandelas, Marvin Gaye and Smokey Robinson.

Later it was Janis Joplin, Sly and the Family Stone, Wes Montgomery, Bill Evans, the Rolling Stones and Aretha Franklin, along with an interest in neo-classical music – Igor Stravinsky and Oliver Messian, followed by the great ladies of Jazz:  Ella, Sarah, and Billie - introduced to her by Great Aunt Rose, who lived in the Bronx, was a public school teacher, and loved Jazz music, singers in particular. She also learned to love the music and later the way it felt when she sang a song.

She moved to Boston in 1969 and had an on and off relationship with music until, In the 1980’s, when she picked up singing again and started to play in and around Boston.  She began to take trips outside of the country and she started to research a Jazz and Blues trilogy project. Her first CD, The Blues Runs Though It, looked at the impact of Blues on Jazz from a vocalist’s perspective.  A second CD, Envisioning Blue, and then the third and final CD of the series, entree blue, took her on a musical journey that began in 1915 with Robert Johnson and Ma Rainey and ended with Miles Davis in the 1960’s.

Five years passed until her next recording project Irish Eyes Gypsy Soul was recorded.  It incorporates many aspects of her musical, emotional, and personal history.  She says, “It’s about how I see and hear the world – through my Irish Eyes, with my Gypsy Soul.” It is a tribute to familiar songs and their re-composition by Neill and her recording partners Laszlo Gardony, ron Mahdi and Yoron Israel. It brought together her background and wide-ranging interest, including R & B tunes and straight-ahead jazz, with work by Bob Dylan, Abbey Lincoln and Stevie Wonder and others.

Her newest release The Currency Is Heat is the second installment of the last recording project with music by Eric Clapton, Patsy Cline, Janis Joplin, Willie Nelson and others. This is her sixth, and she thinks “best” recording project to date.